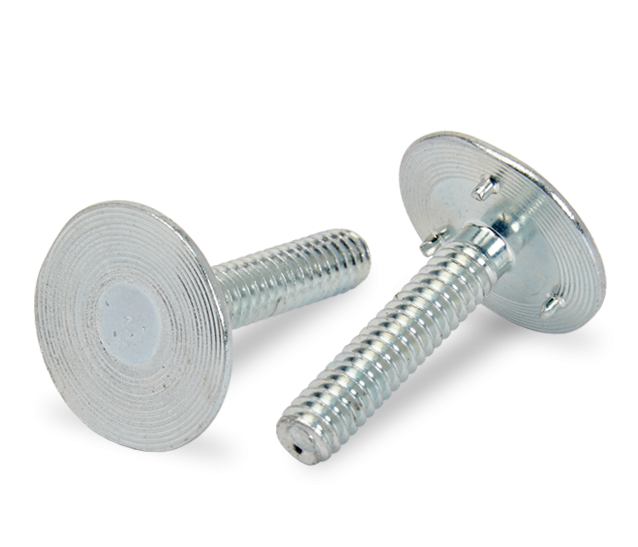 This elevator bolt is relatively new to the industry. Featuring three prong protruding from the bottom of the flat head, its origins began in Western Canada and its popularity is spreading rapidly. That is because it is ideally suited for thinner belts, offering the same spinning resistance as a fanged bolt but with less belt penetration.

When attaching buckets to a belt, Tapco recommends always using a fanged bolt, in combination with a nylon lock nut and fender washer.